After graduation from law school, Brent worked for the Justice Department in Washington, D.C. as a trial attorney.  He returned home in 1980 to practice law with Hart Bell.

Brent represents farmers and other locally owned family businesses in Knox, Daviess, Sullivan, Greene, and Gibson counties in Indiana and Lawrence and Richland counties in Illinois.  Brent works closely with his clients as a “problem solver” in all areas of farm and business law.  Working closely with his client’s accountant, Brent has developed and implemented successful succession-planning strategies so that the farm and business has the opportunity to thrive with the next generation.

Brent has litigated cases in state and federal courts throughout Southern Indiana and Southern Illinois and has successfully argued cases before the Seventh Circuit Court of Appeals and the Indiana Supreme Court.  Among his reported cases are Superbird Farms, Inc. v. Perdue Farms, Inc., 970 F.2d 238 (7th Cir. 1992); Jabat, Inc. v. Smith, 201 F.3d 852, 853 (7th Cir. 2000); Massey v. Johnson, 457 F.3d 711 (7th Cir. 2006): and Girl Scouts of S. Illinois v. Vincennes Indiana Girls, Inc., 988 N.E.2d 250 (Indiana Supreme Court Cir. 2013).  Brent is admitted to practice in Indiana and Illinois, in the Federal District courts for the Southern District of Indiana and the Southern District of Illinois, to the United States Court of Appeals for the Seventh Circuit, and to the United States Supreme Court.

Brent remains an avid runner, having completed his sixth marathon in May 2014.  Brent also raises registered Polled Hereford cattle on his family farm in Knox and Daviess counties. 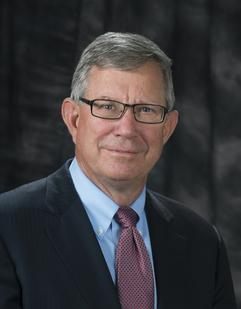