Jeff Neal was born in Crawfordsville, Indiana and grew up jumping creeks and exploring the woods and waters of Glendale Fish & Wildlife Area in southern Daviess County.

After finishing in the top 3% of his class, Jeff graduated from Washington High School in 1990 and began a seven-year adventure in Bloomington, Indiana.  In 1994, after being elected to the ranks of Phi Beta Kappa, Jeff graduated from Indiana University with a B.A. degree in Criminal Justice.  In 1997, after serving two years as the President of his legal fraternity (Delta Theta Phi), while raising his first child, Jeff received his Doctor of Jurisprudence (J.D.) degree from Indiana University Maurer School of Law.

Jeff is admitted to and continues to practice in State, District and Federal Courts in Indiana and Illinois.  After nearly 25 years, Jeff has focused his practice to criminal defense and family law, striving to provide effective and inventive representation to his clients.  Jeff has represented thousands of clients in misdemeanor and felony criminal defense matters (from consultations to probation violations to jury trials) and has served as defense counsel in three murder cases.  On the family law side, Jeff represents area residents in divorces, adoptions, paternity matters, contempt proceedings, support modifications and related matters.  Jeff often counsels and represents his clients during the worst times of their lives and understands the solemn trust that those clients place in him to help them navigate treacherous waters.

During his high school years, Jeff attained the rank of Eagle Scout with Troop 470 and 20th Level Half-Elf Cleric Ranger as Dungeon Master of his local Dungeons & Dragons club.

Jeff had always wanted a family and wanted to raise them in the 812 area code.  In the summer of 1997, Jeff took, and passed, two bar exams, moved to Vincennes, Indiana and welcomed the birth of his second child, in the span of ten days.  Jeff began as an associate at Hart Bell in August 1997.  Jeff quickly involved himself with the local philanthropic and youth athletic scene, serving as the President of his local Kiwanis club, The Knox County Chamber of Commerce Board, and the Knox County Bar Association, coaching his children’s T-ball, softball, soccer and baseball teams.

Jeff lives on a hill in Verne with his wife and children.  He loves to read, listen to music and podcasts of all kinds, stomp all challengers in trivia competitions, attend IU sporting events and explore the world with his friends and family.  Jeff is married to Jamie (Cummings) Neal, formerly of Posey County.  Jamie is President of the Knox County Chamber of Commerce.  Jeff's older children, his daughters, both Indiana University graduates with post-graduate degrees, live in Indianapolis and Bloomington, respectively, and work in the field of medicine.  Jeff's youngest children, his two sons, attend South Knox schools.  The oldest enjoys basketball, art, soccer, music, anime, Spellbowl, and band.  The youngest enjoys baseball, baseball, and baseball. 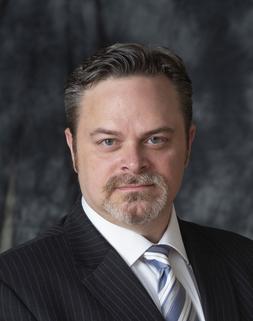