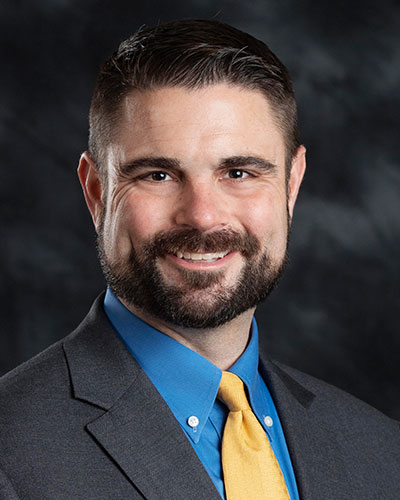 Graham traces his roots to Vincennes, Indiana, where he graduated from Vincennes Lincoln High School in 2000.  He subsequently attended Indiana University-Bloomington where he earned his Bachelor’s degree in 2004. After graduating from IU, Graham attended the Indiana University Robert H. McKinney School of Law-Indianapolis while working for noted mediators T. Neil Bemenderfer and Dick Kraege.  Graham earned his law degree in 2008.

After law school, Graham began his practice in Indianapolis, Indiana, with focus on civil litigation. In particular, his practice consisted of representing hospitals and physicians in medical malpractice actions. Graham has successfully litigated cases in Indiana both at the trial court and appellate court level.

After gaining invaluable experience litigating cases in the central Indiana area, Graham came back to Vincennes intent on widening his scope of practice while at the same time serving as a problem solver for his clients.  Since joining Hart Bell, Graham’s practice has substantially broadened to include not only civil litigation, but also corporate and business law, construction law, agriculture, estate planning and administration, healthcare, labor and employment, and real estate. Graham’s experience in the medical malpractice arena has also given him the knowledge required to effectively administer medical review panels throughout the south-western Indiana area.

Graham married his wife Kayci in 2007 and they have been blessed with two boys and one girl. In his spare time, Graham enjoys fishing, camping, watching the Colts, and trying to keep up with his children.

Graham is a member of Kiwanis and involved in both the Indiana and Knox County Bar Associations. Graham currently serves as the Chairman of the Board for the Knox County CEO Advisory Board and is a board member of the South Knox Education Foundation.