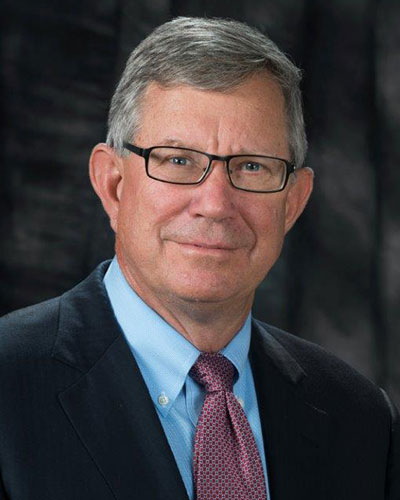 After graduation from law school, Brent worked for the Justice Department in Washington, D.C. as a trial attorney. He returned home in 1980 to practice law with Hart Bell.

Brent represents farmers and other locally owned family businesses in Knox, Daviess, Sullivan, Greene, and Gibson counties in Indiana and Lawrence and Richland counties in Illinois. Brent works closely with his clients as a “problem solver” in all areas of farm and business law. Working closely with his client’s accountant, Brent has developed and implemented successful succession-planning strategies so that the farm and business has the opportunity to thrive with the next generation.

Brent has attained the AV Preeminent rating by Martindale-Hubbell. This rating is awarded to attorneys who are ranked at the highest level of professional excellence for their legal expertise, communication skills, and ethical standards by their peers. Brent’s practice area includes civil litigation, estate planning, farm law, and health law.  Brent is also a registered civil mediator.

Brent has litigated cases in state and federal courts throughout Southern Indiana and Southern Illinois and has successfully argued cases before the Seventh Circuit Court of Appeals and the Indiana Supreme Court.  Among his reported cases are:

Brent’s wife Becky retired as the Director of Guidance at North Knox High School.  They have three grown children and seven grandchildren.  Brent and Becky are active members of First Baptist Church, Vincennes.  Brent also serves as a board member for the Knox County ARC, Vincennes University Foundation, and is on the advisory board for the local Salvation Army.  He previously served as a board member for the Knox County Development Corporation for thirty years, and is past President of the Knox County Chamber of Commerce, Knox County United Way, and Vincennes Civitan Club.